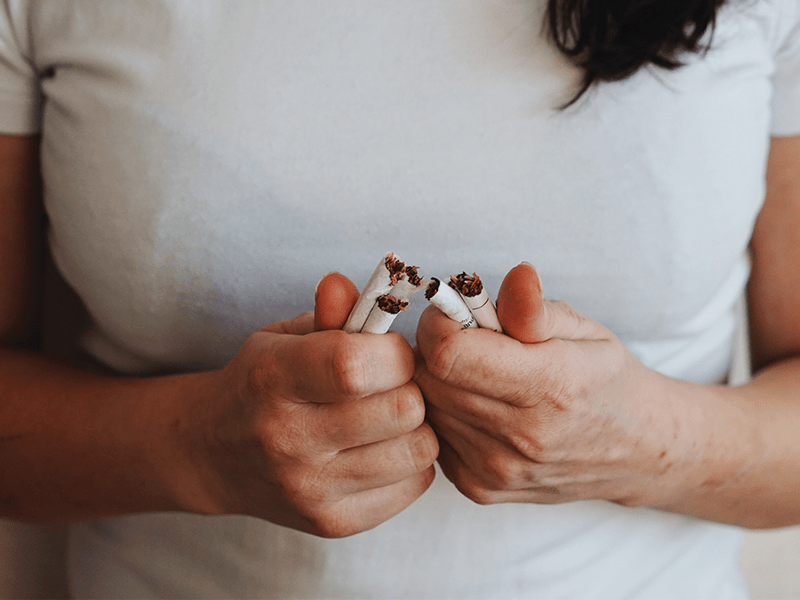 You’ve probably heard this before: “I can quit any time I want. I just smoke because it’s enjoyable.” Habitual smokers often tell their friends they aren’t hooked and that they engage in their daily habit out of choice. The latest news, though, shows that just one cigarette can trigger a nicotine addiction. If you’re curious about smoking and contemplating giving it a try; think again. Don’t be fooled by the boasts of two-pack-a-day smokers who tell you your first puff isn’t a big deal.

According to studies in the US, UK, New Zealand, and Australia, 68.9% of people who try smoking become daily smokers. A survey of 215,000 people, conducted over a six-year period, proved that while some people can resist, most adopt a cigarette habit after their first smoke.

The dangers of experimenting with a cigarette because you’re curious or want to join in with friends are clear. You need to take responsibility for your health and make an informed decision. Your friends aren’t genetically the same as you, and even if a few puffs didn’t appear to be harmful to them, they could still be damaging to you and your future.

You could be like the majority of people who turn from non-smokers into daily smokers after a single cigarette.

What smoking does to your body

Cigarette tar can thicken your blood, causing clots that raise your blood pressure and overwork your heart. Oxygen-rich blood then decreases circulation to your organs. The result is an increased risk of stroke and heart attack.

Smoking can cause lung cancer, pneumonia, emphysema, and chronic bronchitis, which can all result in death. Even if you escape a fatal lung disease, you might end up with permanent damage to your lungs that makes it more difficult to breathe.

Smoking doubles the risk of stroke and increases the chances of a brain aneurysm. Blood vessel wall weakness can lead to a rupture, followed by brain damage or demise. If you’re already a smoker, it’s not too late to avoid the harmful effects of cigarettes on your brain. Five years after quitting, the risk of having a stroke are equal to that of someone who has never smoked.

Do you want dull, gray skin and cellulite? Smokers often overlook the consequences that their habit can have on their exterior body. Smoking ages skin, causing many people to look older. It loosens skin under the eyes, gives skin a dull, gray, pale or uneven skin tone.  It also causes sagging skin and deeper wrinkles, deep lines around the lips, makes people more susceptible to age spots, stains the teeth, causes bad breath, increases the risk for receding gums and tooth loss, causes hair to go gray prematurely, and even causes hair loss.

Smoking can lead to acid reflux, where stomach acid travels up to your throat. Just 10 cigarettes a day increase the risk of kidney cancer, and regular smoking can result in ulcers or stomach cancer.

The odds of throat or mouth cancer, brittle bones, reduced fertility, impotence in men, and cervical cancer in women increase when you smoke.

Ultimately, the decision to begin smoking is up to you, but it should be an educated one. Now that you know that a single cigarette could turn you into a regular smoker and damage your arteries, lungs, brain, stomach, and your looks, do you still want to risk trying one?